Does your family have history of Attention Deficit Disorder with or without Hyperactivity (ADD or ADHD)?  Do your relatives have a history of anxiety and depression?  If they do, that means that you or your children have a genetic predisposition to these illnesses.  In other words, there is a chance you or your child may develop this, but it is not 100% certain.

Genetics are only one piece of the puzzle in the majority of cases.  In general, for a disease state to occur there must be Triggers like chemicals, viruses, bacteria, drugs, sugar, etc AND Mediators.  Mediators are how the person responds to the triggers based on the  the underlying health and psychosocial issues (family, work, stress, support).

So for example, let’s take a child who has the ADHD gene.  He is constantly eating sugar cereals, crackers, pasta, and drinking sports drinks.  His school setting is a poor fit, there is marital discord, and he plays video games all the time.  This child is at a high risk of developing ADHD.  Now lets look at the same child (mine) with the same genetic footprint who eats fruits and veggies at all meals, protein rich foods, has an organized schedule, plays or works out outside daily, sleeps well, lives in a stable household, and has limited electronic use.  This child will show significantly less symptoms of ADHD then the aforementioned child.

In this blog I discuss some of the triggers we encounter every day and how they can affect mental health. 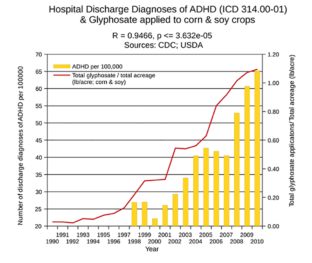 Footnote for accuracy –   Organic Farming leaves the impression that no herbicides or pesticides are used.  The fact is organic farmers, based on FDA recommendations, use some “naturally derived” herbicides and pesticides, however these “natural ingredients” have not been tested for illness/carcinogenicity.   They generally do not use synthetic products shown to have adverse health outcomes.  Unfortunately, some synthetic products are allowed in organic farming here is the link:  FDA regulations on organic farming  They also use mechanical ways to rid the crops of bugs and weeds, such as traps, beneficial bugs, or weeding by hand.

Genetically Modified Crops are a Major Hazard to Human Health because of the implications of Herbicides and Pesticides.

Use of Antibiotics and Hormones in Animals carries a significant risk to the general population:

****Most experts agree that antibiotic use in animals is the major contributor of antibiotic resistance in humans.  Increased antibiotic exposure from food or drugs, leads to poor gut function, which affects mental health function.  More on this later.****

Arsenic used in raising conventional chicken and cattle has many consequences to human health. 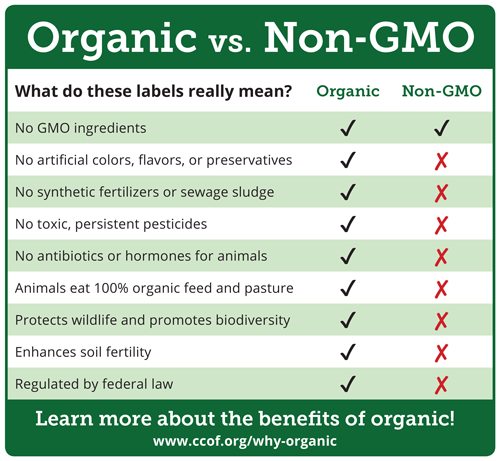 The cost of Organic Products is so high!

In summary, is it worth it?

Let’s start looking at the benefit of investing now in good food to prevent disease later on. We all have genes that are waiting to cause trouble. You choose if these defective genes get to express themselves. If you add up the costs for medical visits, antidepressants, stimulant meds, antibiotics, labs, imaging, and therapy and then compare those costs to the cost of organic food, you will have your answer.  We need to look long term at the benefits to us and our children, and start making some changes today.