It’s that time of the year, so let’s clear up a few basic things like FEVER in healthy children who do not have pre-existing medical conditions

1 – There is no number on the thermometer that corresponds with a trip to the emergency department or urgent care. No not even 104.

2 – Fevers do not need to be treated with medications generally.

Fever is the body’s way of fighting infection. To put it simply, a virus invades the body. It comes in with 50 copies of itself. It then starts using your body as a copy machine to make more copies of itself and invade your body further. The body gets very upset by this. The temperature rises. When the temperature is rising and your body has a fever, it stops the virus from making more photocopies of itself. If you don’t give medication the fever will keep the virus at having only 100 copies of itself, let’s say. The body can easily take over the 100 viruses and fight back. You get better quicker. Verses, giving Tylenol and Motrin around-the-clock, suppressing the fever response. The virus can now replicate to millions and billions of copies, because there is nothing stopping it. Now you end up being sicker for days and days.

Moral of the story:

If you cannot stand it, and you are dosing your children around the clock with Motrin and Tylenol you’ll be dealing with this illness for 7 to 10 days at least. The body now has to get rid of million/billion virus particles. That takes some time. That is a lot of days missed from school and work.

Exceptions:
••if the child refuses to drink and he is in danger of getting dehydrated or laying around like a dish rag (not just tired which is a normal response to fever) please use medicine to reduce fever.
•• If child is less then 3 months old, has a fever > 100.4, discuss with pediatrician immediately. 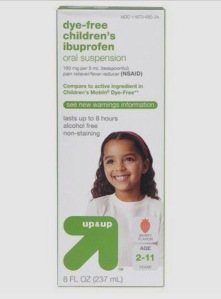 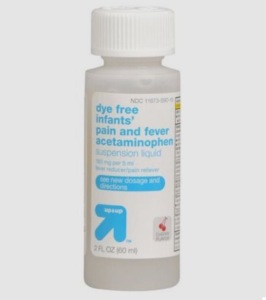 – In a normal child with a normal functioning brain it is not possible for fever to cause brain damage. The brain protects itself. The brain starts the fever to protect the body from invading viruses/bacteria. It will not raise the temp enough to hurt itself.
– Brain damage occurs only with external factors such as hyperthermia from heatstroke or other external sources where the brain is not in control.

– The risk of febrile seizures in the general population is 2-5% in children 6months to 5years. Usually the febrile seizure occurs before you even know the child is sick. They’re usually playing doing fine and all of a sudden they are having a seizure. As the seizure progresses it will be noted that the child is febrile.
– It is not the height of the temperature, it is the rate of rise. For example, when the fever goes from 98.6 to 103 in a less than 20 minutes it can lower the seizure threshold. Meaning, the speed with which the temp goes up causes irritation to the brain, thus seizure. It is NOT that the fever is 104 or going to 105 OR that the fever lasts for 1-2 hrs that is the problem. In a healthy child with a normal brain, NOT the number, and NOT the duration of fever, but The Rate of Rise causes seizure.
– Out of fear of a child having a febrile seizure parents will alternate Tylenol and Motrin. Many studies have been done on this topic. Yes, even in kids know to have febrile seizures. No study has ever shown that alternating Tylenol and Motrin reduces the risk of a seizure. Alternating these medications only leads to overdosing and stressing kidneys and liver in an effort for parents to make themselves feel better.

Moral of the story:

•• Normal brains do not damage themselves with the fever they created.
•• febrile seizures, though horrible, are generally benign, and CANNOT be prevented with alternating doses of Motrin or Tylenol. And are rare occurrences !!!!!!!

One thought on “Fevers – What is a Parent to do?”